The new plant manufactures transformers using mainly a high-efficiency material for its core, called amorphous metal. This is an alloy that performs better than the commonly used silicon cores.

“Distribution transformer inefficiencies accounts for about two percent losses of the total generated energy. Here in our country, we have 80,000 units already installed and we estimate that the use of 100 percent amorphous transformers in the whole network can reduce the losses between 0.3 to 0.5 percent, which is about P2 billion annually in wasted energy. More importantly, this can save up to 200,000 tons of CO2e [carbon dioxide equivalent] per year for the Philippines or five million tons of greenhouse gas reduced over the life of the transformers,” said Ong. 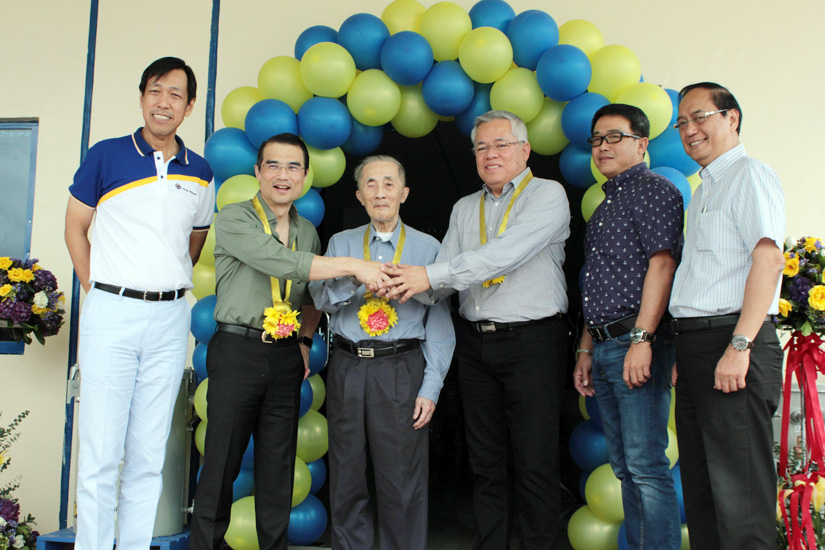 First Philec’s new plant caters to the needs of distribution utilities, rural electric cooperatives and establishments in the property, commercial and industrial sector.

Once operating at full capacity, the plant will manufacture transformers at a rate of 24,000 units per year and provide employment for at least 500 workers.

First Philec is expected to dominate the industry given the rated capacity of the plant as industry pioneer and leading maker of distribution transformers in the region.

The company is a subsidiary of First Philippine Holdings Corp., a listed holding company of the Lopez family with interests in power generation, manufacturing, real estate, construction and energy services.

The plant will also help create direct and indirect employment of up to 4,000 people, inclusive of local parts suppliers and third-party service providers.

With nearly five decades of experience, First Philec provides more than half of the country’s demand in transformer solutions satisfying the needs of the progressive distribution utilities and electric cooperatives, as well as commercial, industrial and real estate businesses of all sizes, including malls and factories.

Trade Secretary Ramon Lopez said the agency was committed to pursue competitive, job generating and inclusive industries, wherein the Philippines has comparative advantage and should be known for.

“The Trade Department shares your passion on nation-building,” he said.